I have told several people about this accident I had on Mt. Rainier a few years ago and I don't believe the story can be told correctly without the photos shot by one of the people on my rope team. There are before and after photos of the crevasse that I fell into. The first photo shows another rope team ahead of us on the glacier. The location of the highest climber is about where I was when the collapse happened. 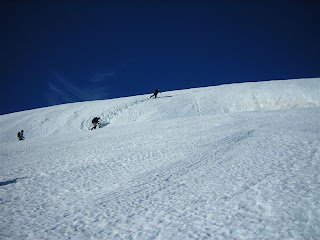 This second photo is the same shot a few seconds later. 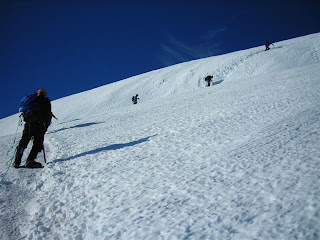 The next three photos are of immediately after the collapse. I was standing just about where the guy in red at the top of the crevasse is. I was pulled backwards into the hole and hit the bottom of the crevasse. It was about 50ft from where you can see to the bottom. 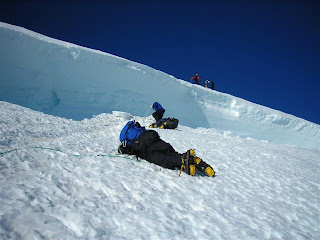 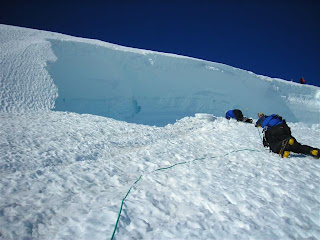 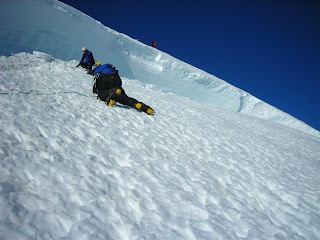 I walked away relatively ok. A few broken ribs, and a few broken teeth. I hope to not have this experience again.

Obviously these are not my photos. They were shot by one of my clients. Unfortunately I can not credit him because I don't have his contact info any more.
Posted by Alasdair Turner at 3:04 PM