Montana and it's Wildlife


OK I know its not quite in Montana, but the rest of North Dakota was so boring to drive through that this small slice of the western edge should just be given to Montana.  I entered Theodor Roosevelt National park in a driving rain/snow storm.   The 38 mile loop road is worth the drive, especially when there is not a single other person in the park.  I did not see one other car or person between entering the gate and exiting.  Thirty-five degrees and raining does not make for the best park experience for many, but for me it was fine.

This mule deer was standing near the road.  You can see how crappy the weather was by it water soaked coat. 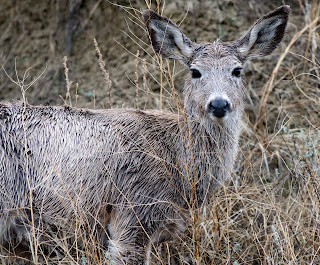 The driving rain was also causing the park to erode before my eyes.  There were rivers of mud flowing across many of the roads, and my attempt at a short walk was ended quickly by ankle deep mud that was next to impossible to stand up in. 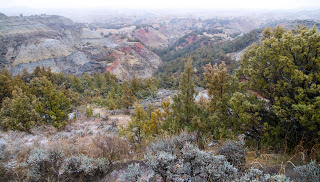 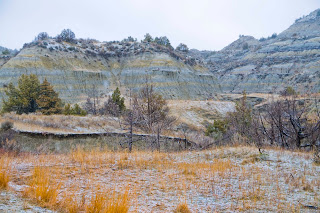 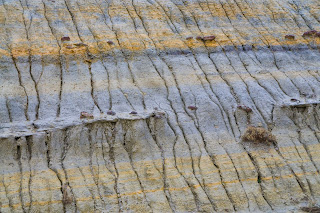 Now to Montana.  To be fair the weather in Montana sucked also.  The driving rain and snow continued until I got to Lewistown, Montana.  Montana has more birds along the side of the road than any other place I have been.  Unfortunately at 70mph its pretty hard to identify any of them.  Stopping was now limited since Susan and Cullen just got on the train from Seattle to Whitefish.  I had to pick them up in the morning and then we will all drive back home together. 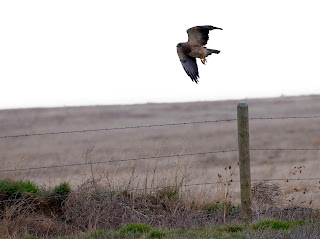 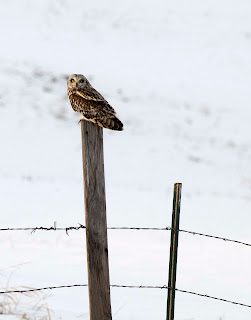 The Montana winters are tough. 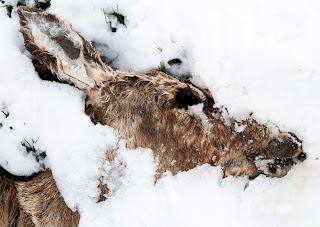 Natural predators the Montana way.  The main reason I have not eaten beef in 15 years. I spent the night in Lewistown, and woke up to perfect weather the next morning.

Over the last couple of years one of my new favorite things to do on road trips is to stop at random small wildlife refuges along the way.  At this one we were treated to several interesting birds.


I had a conversation with a friend of mine (who is a very good photographer click here to see his work) about shooting some animals on my trip.  I mentioned that I would love to get a photo of a antelope, but that was a pipe dream since you can never get close enough to them to shoot good photos.
Prior to this photo I had never seen one up close and it took me a couple of seconds to figure out that it was a pronghorn antelope and not a deer.  I was really struck by the tone of these animals and how stocky and muscular they are.  From a distance they have always looked so sleek and thin.
My last photo of the day.

I finally arrived in Whitefish a few hours late to pick up my wife and our five week old son.  The White fish train depot is a beautiful building. 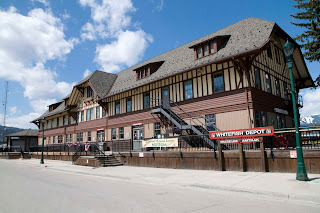 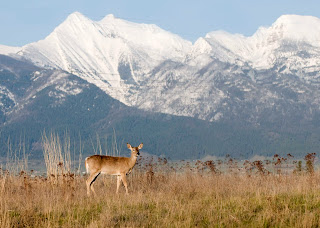 Posted by Alasdair Turner at 9:59 AM