Broken Bones and Thunderstorms - A Weekend in the Cascades.

This weekend Susan and I went to the Cascade Pass area to spend a pleasant weekend together climbing a moderate peak and enjoy the weekend together. After the nice hike up to Cascade Pass we noticed some thunderstorms building which is not uncommon for the Cascades this time of year. We decided we should hurry to get to our camp at Cache Col before it started to rain. 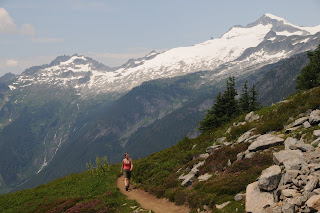 Susan hiking up to Cascade Pass. The storm came in a little faster than we were expecting. We set up our tent on the Cache glacier to hide from the rain. After about 20 minutes the storm had passed and we started packing up getting ready to go. I heard an emergency whistle and looked around a bit. There was a guy sitting at the base of a snow slope about 200 yards away. When he started waving his jacket I knew something was up. A lone climber doing the Ptarmigan Traverse had fallen on some rocks above the snow slope landed on the slope and then slid to the bottom of it. His name was Craig. He had pain in his right foot. After a patient assessment the most probable reason for the pain was he had broken some bones in his foot. I ran back to Cascade Pass to talk to the rangers. due to the unstable weather and the fact that the rest of Craig's team was likely on the other side of Cache Col. Susan and I decided to stay with Craig for the night. We set up a camp on Mixup Arm to prepare for the next thunderstorm that looked to be comming pretty fast. 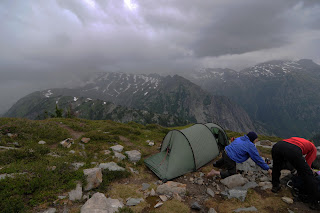 Setting up camp. This storm was bigger and much stronger than the first. It produced massive amounts of rain and flooded our tent. We had quite a few fairly close lightning strikes. It got a little scary, but it was not the worst storm I have camped in. 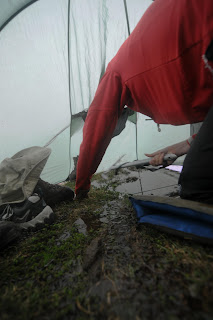 Susan attempting to deal with the massive amounts of water running though our tent. 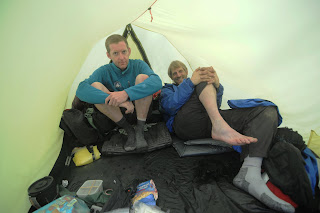 Craig and I sitting on pads trying to insulate ourselves from ground current in case of a lightning strike nearby. 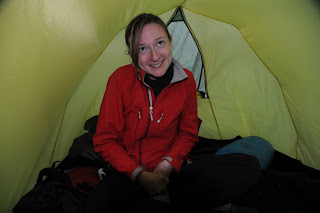 Susan sitting on her pad trying to insulate herself from the ground. 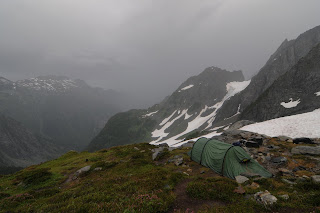 Our tent location just after the worst of the storm had passed. 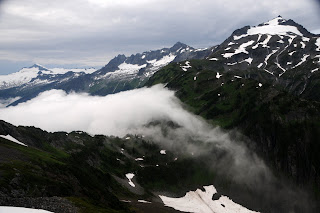 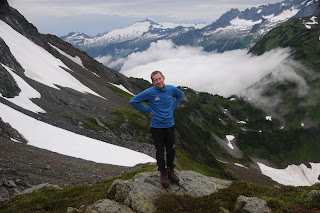 Me. (My wife will not allow me to post blog entries without pictures of myself)

Craig spent the night in our tent as he only had a bivy sack with him. We decided he would enjoy the night more in a tent than a bivy. 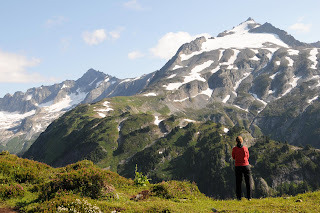 Waiting for the evac. 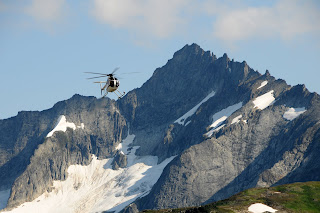 The NPS arrived the next morning to get Craig and his broken foot out. 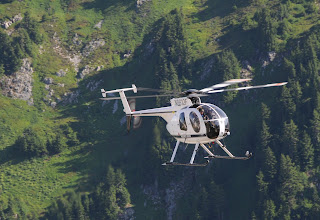 Scoping out the scene from the air. 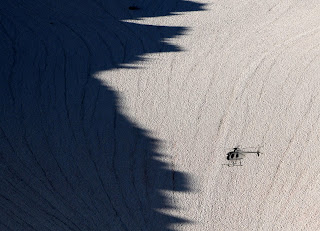 NPS over the Cache Glacier. 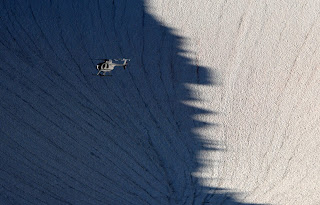 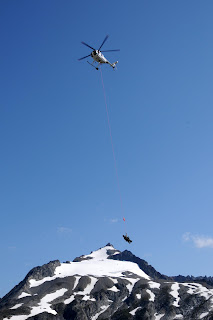 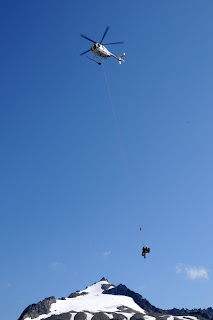 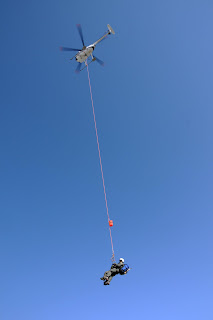 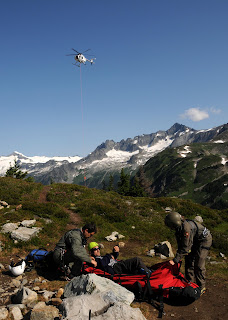 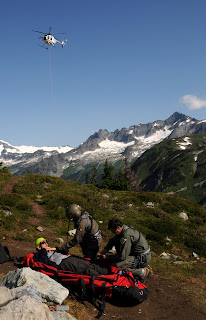 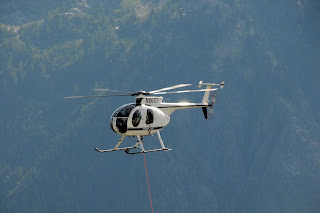 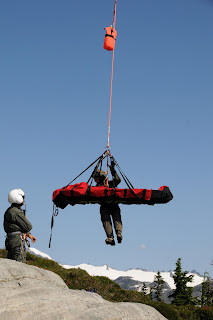 Lift off of litter and attendant. 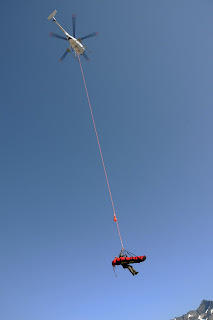 Craig being short hauled down to Cascade Pass.

After Craig was flown out our weekend could continue. We hung out for a while and enjoyed the view and slowly packed up our gear. We had just been informed by the ranger that the Cascade Pass road had washed out in the rains last night and we would likely be stuck here for another day. Neither of us really cared since all we would miss was a day of work. 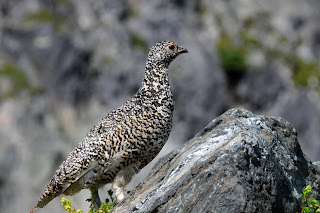 Moma Ptarmigan. She wandered through as we were packing up our camp with five chicks. Moma and chicks really did not seem to care that we were there. 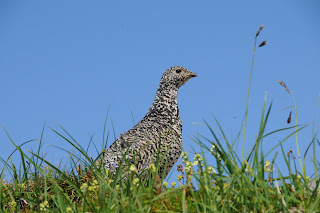 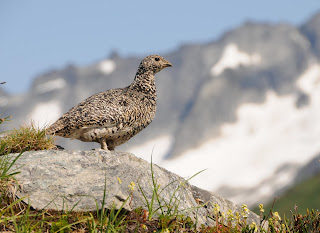 Ptarmigan with the Torment Forbidden Traverse in the background. 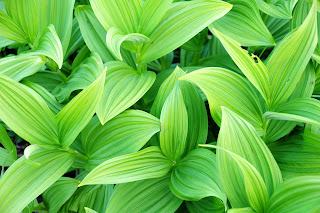 Some of the local vegetation. 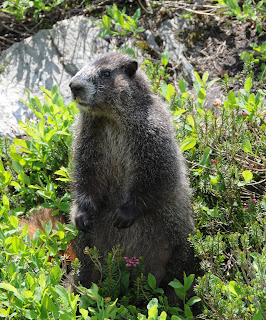 We did not climb anything yesterday. We were both a little tired. Instead we hiked up to Cache Col and watched a team climb the route were were originally planning to climb. 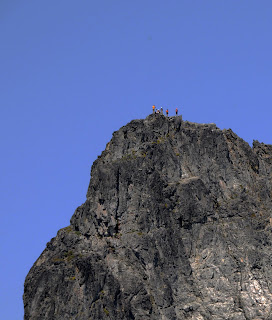 A group on the summit of Mixup Peak.
Posted by Alasdair Turner at 7:44 AM