Seattle Backyard Birds and How to Attract Them.

When I first bought my house here in Seattle the yard was a wasteland of non native plants and invasive species. One of the only saving graces of the yard was a 50ft tall western hemlock. One side of the yard was completely overrun by 20 ft tall skyrocket juniper with English ivy and holly bushes filling in the gaps. The bird species that frequented the yard was pretty much confined to the sparrow, which is also an introduced species. ﻿ 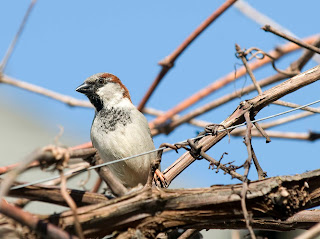 Our lot is small (50ft x 100ft) and I never really expected I could create much of a sanctuary for birds, but I did not like ivy or holly, and I hated the juniper bushes. Over the last seven years I removed most of the non native species of plants from the yard and replaced them with native ferns and trees in the hope it might help bring some native birds back to the property. I never expected how successful this would be. This spring we have an abundance of birds in and around our yard, and I am sure it is due to the changes in flora that we have made, in addition to the overall changes in flora choices around the neighborhood.
One of the first things we did was remove the skyrocket juniper. These things were overgrown and ugly. There were five of them and at the ground they were as much as 2ft in diameter. Most people choose to cut trees they don't want to the ground, I decided that if we wanted birds we needed food for those birds. I cut several of the stumps at 4 to 5feet above the ground and left them to rot in place. I have also added a few ferns to grow in the stumps.
The next thing was to remove all holly and ivy from the property. These are invasive species. Ivy supports almost no bird life and crowds out other native species. Holly is invading our northwest forests and is very difficult to remove. several birds feed on the berries which unfortunately causes it to spread even faster.
I am an advocate of large native trees on small lots. I planted several western red cedars a couple Douglas fir and several western hemlock. They were all small saplings, which will be removed and replaced as soon as they get too large for the area. I also planted several vine maples and at least 6 varieties of ferns. Other plants I used are devils club, Oregon oxalis, Oregon grape, thimble berry native blackberry varieties, and numerous other random plants. Not everything is native however. I planted a grape vine, and a whole bunch of raspberries. I also have some anemones to add a little color to the yard.

Each year the plants in the yard become more established and each year we have more birds. So far this year the list of birds in our yard has been amazing considering the size of the lot. What is even more amazing is the number of birds that have chosen to nest in our yard. Here are a few of the birds. All of these photos were shot while standing in my yard in the Phinney Ridge neighborhood of Seattle.
﻿﻿﻿
﻿﻿﻿
﻿﻿
﻿﻿
All of the following photos are of birds that are nesting in our yard. The bushtits are not nesting this year, but did last year.
﻿﻿﻿A chickadee perched in the grape vine.
A Bewick's wren moving in to a nest box. It seems like the Bewick's is more common each year. There is not a place in Phinney Ridge you can go without hearing the call of the Bewick's.
This pair of Stellar's Jays are currently building a nest in our yard.
﻿﻿﻿﻿﻿﻿
﻿﻿﻿﻿﻿﻿
Although there is no nest this year, we did have a bushtit nest in our hemlock tree last year. 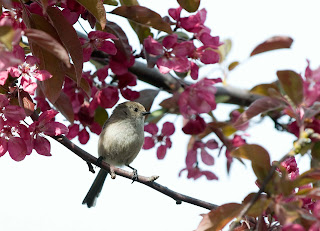 One more note about nesting birds. The first couple of years we had several house sparrows move in to our nest boxes. House sparrows are pretty agressive birds and dont really help gain native species of birds. I removed the eggs from these boxes and then moved them different locations in the yard. Sparrows no longer use the boxes, and chickadees and Bewick's wrens have now moved in.

Other birds in the yard. 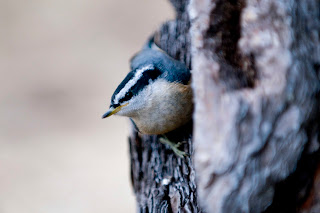 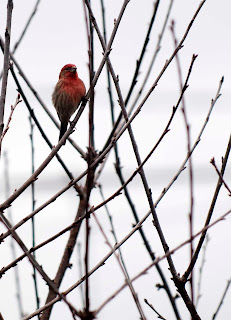 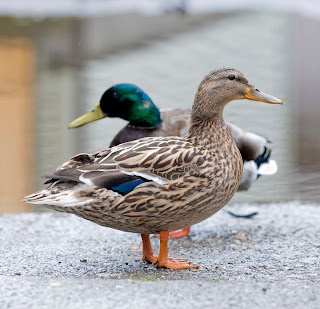 Mallard pair that returns every year to the puddles in the ally way.

Other species that I have seen from our yard but not necessarily in the yard.

Coopers Hawk (I see this guy hunting in the neighborhood)
Bald Eagle (Probably the Greenlake pair, fairly common.)
Posted by Alasdair Turner at 11:31 AM