A Trip to Eugene

Susan and I went down to Eugene yesterday to watch some football. Susan had come close to loosing her rights to watch Oregon football games in person since everyone I had ever taken her to was an Oregon loss. I planned this game carefully and took her to see the WSU Cougars attempt to play football. Luckily the curse of Susan was broken thanks to WSU bringing a team that my high school could have beat. I took the full bag of camera gear to this game to try out some sports photography since it is something I have never tried. I sucked at it so there are no actual sports photos posted here (and it was not really a game anyway). Thanks to a fairly pretty sky some photos are worth viewing...

A photo of the new gates to Hayward Field. 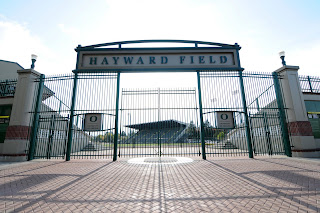 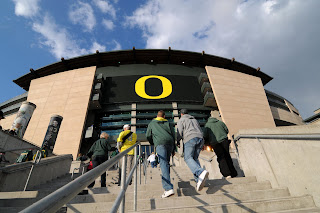 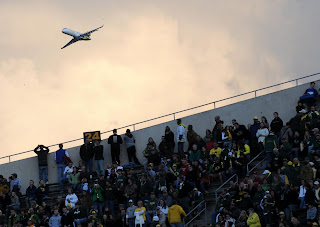 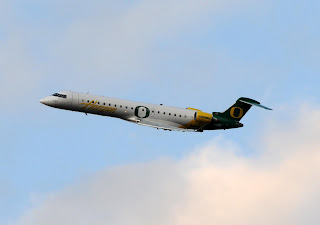 The view from our seats. A very pretty night in Autzen Stadium. 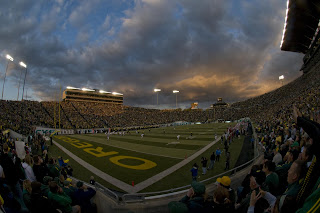 Such a pretty night it was worth hiking to the top of the stadium to shoot some photos. 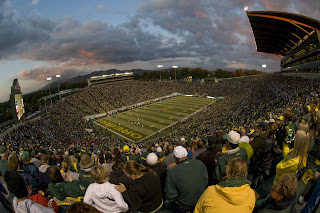 The moon rises over the endzone. 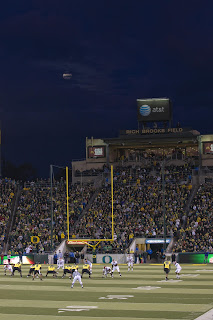 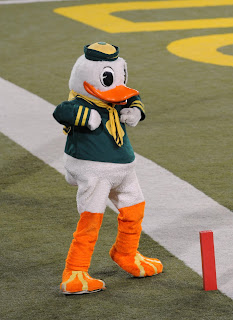 Ducks touchdown. There were quite a few of these. 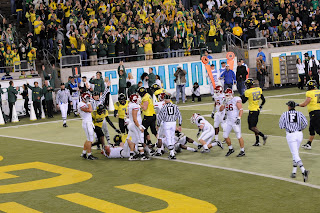 The future of Oregon Basketball. The beginnings of the new basketball arena. 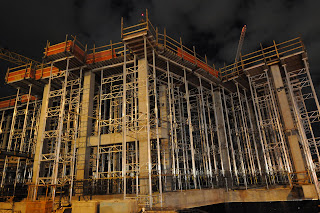 Posted by Alasdair Turner at 7:07 PM